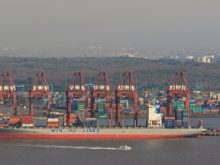 Recording the last 20 months highest container volume handled in a month, Jawaharlal Nehru Port Trust (JNPT), handled 459,920 TEUs in the month of December 2020. The container traffic increased by 9.90 per cent over the same month of last year and the overall traffic grew by 10.04 per cent to 6.37 million tonnes from the 5.79 million tonnes handled in December 2019. Also, in rail operations the port handled a record 556 rakes in December 2020. The average monthly terminal handling time of trains improved to 4:42 hours in December from 6:18 hours in September. The average monthly turn-around time of trains (from placement to removal of trains) also reduced to 9:35 hours in December from 13:34 hours in September.
In the calendar year 2020, the total container traffic handled by port is 4.47 million TEUs, with APM Terminals Mumbai (GTI) handling 1.69 million TEUs, DP World NSIGT – 0.77 million TEUs, DP World NSICT – 0.64 million TEUs , JNPCT – 0.56 million TEUs and BMCT handled 0.81 million TEUs. Overall traffic handled in the CY 2020 was 62.32 million tonnes including Liquid and other cargo.
Sanjay Sethi, IAS, Chairman, JNPT says, “CY 2020 has been a challenging year for all of us but we can look back with a certain degree of satisfaction on what we did to keep JNPT up and running and help maintain the supply of essential goods and trade flows critical for the country. I am thankful to all our stakeholders and employees for lending a helping hand as the team effort helped us sail through the pandemic and credit is also due to the Ministry of Ports, Shipping, and Waterways for the swift actions it took to deal with the fallout of the pandemic on trade and transport.” 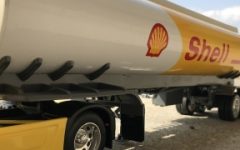 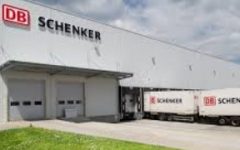 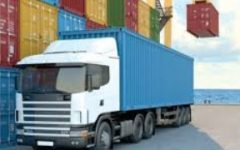