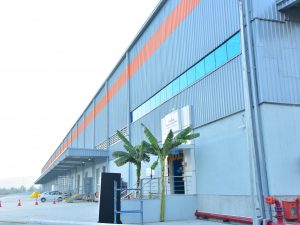 Snowman Logistics opens its first-ever state-of-the-art A-Grade dry warehouse for the chemical industry in Shoolagiri, Tamil Nadu. This is the cold-chain logistics company’s first venture into the chemicals business and first step into storing and distributing Hazardous chemicals. Snowman Logistics will work with BDP UGL Global Logistics (I) Pvt. Ltd – one of the world leaders in automobile chemicals – and will soon extend to other chemicals & related customers. The Shoolagiri facility is situated in Horizon Industrial Parks Pvt. Ltd. and is 50,000 sq. ft. of warehouse space with a capacity of 5500 MTs with G+5 racking, equipped with all safety equipment and compliances. The warehouse is equipped with modern storage and handling equipment and provides an efficient and secure storage solution for goods. It is also well-wired with cutting-edge technology to provide a 24-hour monitoring system and fire protection for the safety of the stored goods. Sunil Nair, CEO of Snowman Logistics says, “Being a market leader in the cold chain space for over three decades, we have come out of our comfort zone this time. We are very excited to serve and grow in this new segment and are committed to continuing to provide our customers with the highest quality services in the Chemicals space, as well.” He further added, “We are looking forward to working with BDP UGL Global Logistics (I) Pvt. Ltd, which is one of the world leaders in automobile chemicals and together implementing global standards and practices and developing world-class capabilities for storing and distributing hazardous chemicals in the region and beyond.” Speaking on their association with Snowman Logistics, Pavithran M Kallada, Managing Director, BDP India, says, “With our expertise in global chemical … 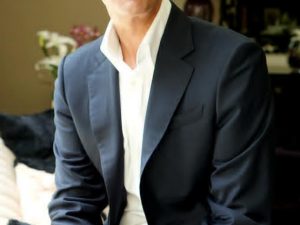 Raaja Kanwar, Chairman and Managing Director, Apollo Supply Chain and Apollo International Limited shared his views on Budget 2023, “The Union Budget 2023 lays out a credible roadmap towards the development of transport infrastructure and last-mile connectivity. We congratulate the budget for making Green Growth one of the top 7 priorities; focusing on ease of doing business. As, Apollo Supply chain, we look forward to resolving the inefficiencies in the country’s supply chain.” 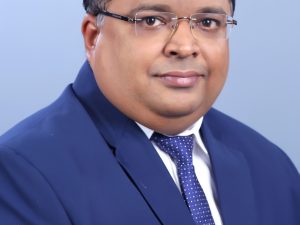 Deepak Tiwari, COO, KSH Logistics said, “Budget 2023 is prioritizing the logistics and supply chain sector with a significant allocation of Capex of 10 lakh crore in infrastructure, roads, and railways which will help the industry to accelerate its growth. We believe that this initiative taken by the government will ensure the timely creation of exceptional transportation infrastructure and improve logistics throughout the country. On the other hand, the emphasis on green energy and skill development demonstrates a commitment to sustainability and growth, positioning the industry for a more efficient, environmentally conscious, and skilled future.” 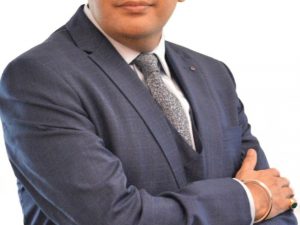 Abhijit Verma, Founder & MD, Avinya Logistics & Industrial Parks said, “The 2023 budget of India is a beacon of hope for the working class, who form the backbone of our nation. The focus on job creation, skill development and providing social security to the working class is commendable. The emphasis on strengthening the technology adoption through payments infrastructure and Digilocker will go a long way in making a big impact in the lives of millions of Indians. The allocation of funds for skilling programmes, start-up ecosystem, and tax sops will benefit businesses and individuals alike. The budget strikes a perfect balance between economic growth and social welfare, making it a step towards a more equitable and prosperous India for all.”

‘Investment in infra will enable seamless movement of goods’ 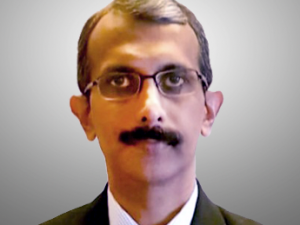 Suresh Kumar R, Chief Executive Officer, Allcargo Logistics says, “The budget is focused on continuity in the direction of macro policies and economic strategy. The seven priorities have a strong positive bias for infrastructure development. Developing national infrastructure and the government’s thrust on capital expenditure of Rs 10 lakh crore indicates that it is pushing forward with its transformative agenda. Furthermore, the first and last mile connectivity has been prioritized by identifying one hundred critical transport infrastructure projects especially for ports, coal, steel, fertilizer, and food grains sectors with investment of 75,000 crore, including 15,000 crore from private sources. To encourage energy efficiency government will promote coastal shipping as low-cost mode of transport for passengers and freight, through PPP mode with viability gap funding. To further ease the movement of the cargo in the country expenditure on the Dedicated Freight Corridor has been raised for the financial year and is 75 percent higher than the Rs 15,710.44 crore allocated for FY23. Additionally, to boost regional connectivity government is looking to revive fifty additional airports, heliports, water aerodromes and advance landing grounds. All of these provisions will help the country to bolster the strength of Indian manufacturing by assisting in seamless movement of goods and accelerate India’s integration into the global supply chain by strengthening its necessary physical infrastructure and helping to boost imports from India by lowering the logistics cost. Focus on Green growth, and tax benefits for lower income slabs aimed at youngsters and senior citizens completes a wholesome budget.” 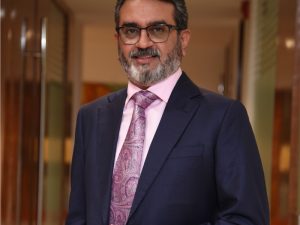 Sunil Tyagi, Secretary, Warehousing Association of India (WAI) shares, “A hefty budget of Rs.75,000 crores for investment in 100 critical transport infrastructure projects for improved connectivity for ports, coal, steel, fertilizer, and food grains (including Rs.15,000 crores for private investors and the revival of 50 additional airports, heliports, water aerodromes and advance landing grounds with the intent of improving regional air connectivity, are all in alignment with National Logistics Policy. These measures will give a boost to the growth of economy. The Budget also seeks to setup a number of mechanisms to ease the regulatory and compliance framework in India. The implementation of these proposals will go a long way in improving India’s Ease of Doing Business rankings.” 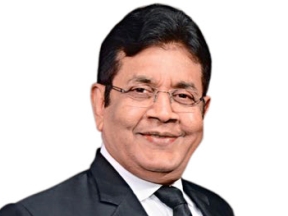 Mahendra Shah, Chairman, and Group Managing Director, V-Trans (India) Ltd says, “The significant progress with many sustainable development goals has increased the Indian economy size from 10th biggest to 5th biggest in last 9 years. The Government has taken several encouraging steps to boost the infrastructure and transportation industry. Logistics, infrastructure, and transportation is the future of our country. This year’s budget has shown the government’s commitment to the logistics and infrastructure sector. This highlights India’s futuristic growth and commitment to elements like the Data Governance Policy, Centres of Excellence on AI, Green Growth, and the conventional thrust areas of infrastructure have also received a big boost. Though the Union Budget 2023 did not provide much specific attention to the logistics and transportation sector. However, the government did announce various initiatives aimed at improving the overall infrastructure of the country, which could have a positive impact on the logistics industry. These initiatives include the allocation of ₹1.97 trillion for infrastructure development, plans to build new airports and modernize existing ones, and investments in the development of the National Highways network. Additionally, the government’s focus on increasing the use of technology in various sectors, including transportation, could also benefit the logistics industry. However, the industry has called for specific measures, such as tax incentives and investment in technology, to boost its growth and competitiveness.” 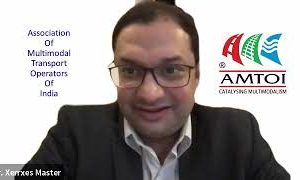 Xerrxes Master, President, Association of Multimodal Transport Operators of India (AMTOI) says, “As a logistician, if we have to come down from 15% to 8% in logistics cost within 5-7 years, then the focus from the government and the quantum of investments should be much more. We have to remember that Indian logistics is fairly unstructured yet large. Sizeable budgetary allocation for logistics infrastructure development backed by incentives for timely completion of these projects is essential. Our expectations from custom departments is to automate or digitalize below identified processes for faster clearance of cargo which will ultimately help in reducing the logistics cost. a) e-KYC Verification norms b) Simplify the processing of export cargo at cargo terminals by using online agreed messages between Custodian and Custom with system integration c) Digital processing of Transshipment cargo to make the process simpler, paperless and faster d) Developing online consol amendment process 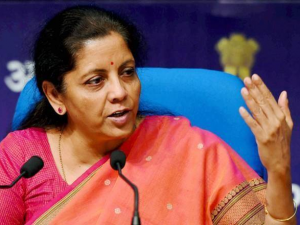 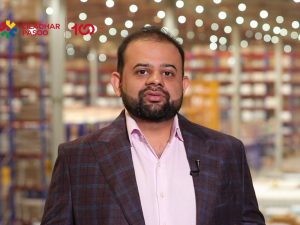 Varun Gada, Director, LP Logiscience – A Liladhar Pasoo Company says, “In the post COVID era, the Indian logistics and supply chain sector has emerged as a significant backbone for the Indian economy and continues to be the important step to strengthening India’s position as a global economic power. While disruption through geopolitical stressors, further threatened international trade, India has emerged as a stable trade and business economy, thanks to positive government policies. As the Indian government enhances its focus on infrastructure development and bolstering Indian exports through various schemes, I would like to draw attention to the warehousing and contract logistic sector that has become vital in terms of building global supply chains. Currently, the warehousing sector is looking to accelerate digital adoption, embrace greener practices that match international standards, and drive value added collaborations with the manufacturing sector. In the upcoming budget, a focus on the following aspects will be beneficial for the sector: 1.​Reduction in Steel duty/ prices for industrial warehouse construction would be beneficial as up to 50% of the cost of construction of a warehouse is attributed to steel as a major component. 2.​Enhanced focus on improving the road transport infrastructure which can help decongest the existing warehousing hubs, reduce rentals and unlock better value for land available for warehousing. 3.​The government can additionally consider capital subsidies for the construction of grade-A warehouses in smaller towns. 4.​Better Public-Private Partnerships to setup of multi-modal logistics parks with better connectivity to new expressways. 5.​Reduction in solar panel import duties to help reduce capex investments and a re-look at the tax structure and subsidies for environmentally responsible practices 6.​Easier and attractive loans/ access to funds for tech adoption …