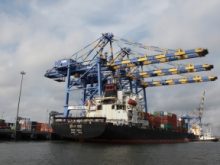 DP World operated International Container Transshipment Terminal (ICTT) at Cochin has completed 10 glorious years as partner in India’s trade growth. This milestone comes with the terminal achieving its all-time highest monthly throughput of more than 70,000 TEUs in January 2021, registering a 36% Year-on-Year growth over January 2020. ICTT is India’s first transshipment hub strategically located in close proximity to major global east-west trade routes. Since inception, the terminal has handled 4.68 million TEUs and 5,661 vessel calls including 1,858 Mainline vessel calls. In 2020, despite major business disruptions, DP World Cochin handled 6.31 lakh TEUs, registering marginal decline of -0.35% over 2019 volumes while South India market collectively registered an average degrowth of -11.2%.
ICTT has played a key role in making Cochin a strategic hub to enhance trade in the South India Region. The terminal provides fast and reliable connectivity to hinterland through multimodal transportation including rail and inland waterways. Cargoes from all industrial clusters in Kerala and the major ones in Tamil Nadu (like Coimbatore, Pollachi and other hubs) can reach the terminal within six hours. In 2020, DP World Cochin launched a direct weekly rail connection to Bangalore. This resulted in an impressive five-fold increase in rail volumes.

DP World Cochin offers various direct connections to Europe, the Mediterranean, the Fareast, South East Asia and the Middle East. Thereby, providing reduced transit time, cost and reliable reach to global markets. In 2020, the terminal handled 42 per cent of EXIM cargo on mainline vessels positioning Cochin as port of choice for customers. The terminal continues to be highly efficient and productive with truck turnaround time at an average of 27 minutes, and an average Gross Crane Rate (GCR) of 30+ moves per hour, which is at par with global standards.

Praveen Joseph, CEO, DP World Cochin, said “ICTT is a key example of DP World’s commitment to India’s trade growth. The terminal has played a crucial role in boosting trade from South India. DP World Cochin has been at the forefront of implementing various initiatives, to enhance trade and facilitate ease of doing business, such as RFID based automated gates to enhance safety and efficiency, ZODIAC an inhouse developed Terminal Operating System to enhance terminal efficiency and 24 x 7 Customs to facilitate direct port delivery. Further, a successful implementation of Bharat Trade for paperless transactions has resulted in conversion of 50% of manual gate transactions on to a digital platform.

Our people have been instrumental in our success and I thank them for their dedication to deliver the best service to our customers with highest levels of efficiency. I would like to take this opportunity to thank our customers and partners for the trust they have shown in us and our ability to fulfil their supply chain needs. Our focus continues to be on facilitating tailor-made solutions that deliver exponential value to our customers and trade at large.” 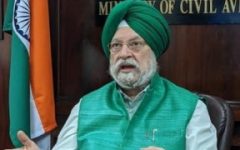 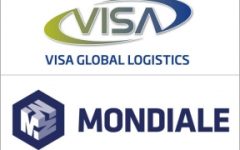