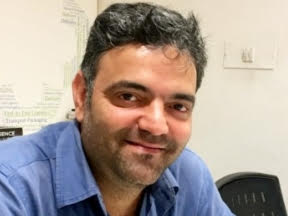 Holisol Logistics has launched ‘Verdis Visibility’ to provide complete end-to-end visibility of supply chain processes in terms of the key parameters relevant to the organisation. Verdis Visibility is a part of company’s AI and ML-driven supply chain solutions system. The integrated flow of material and information is captured and easily available in the ‘dashboards’ of Verdis Visibility, in real-time, automated and online manner, enabling monitoring, analysis and quick decision making in the complex supply chains of today. “Verdis takes a deep dive into the organisation’s wide data (structured & unstructured) to connect the variables and identify a pattern to build the opportunity intelligence to realise its full potential,” says Rahul S Dogar, Co-Founder & Managing Director of Holisol Logistics.

Unilode partners with dnata to equip its warehouses with Bluetooth readers 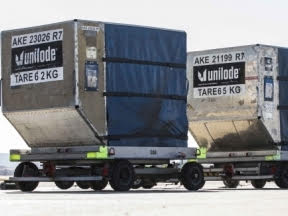 In order to enhance the efficiency of ULD operations in the global network of their customers, Unilode Aviation Solutions and dnata have signed an agreement to equip all dnata warehouses with Unilode’s Bluetooth readers. Unilode’s digital solution transmits data on the geolocation of the ULDs and can also share other relevant information such as temperature, humidity, shock and light, using ULDs equipped with Bluetooth digital tags and a network of bluetooth readers and mobile devices. Benoit Dumont, CEO, Unilode, said, “Unilode is currently digitising its entire ULD fleet of 140,000 units with tags and is rolling out a bluetooth reader network infrastructure in over 250 locations worldwide. Our new agreement with dnata will help us accelerate the creation of Unilode’s digital ecosystem and enable us to increase ULD visibility, data accuracy and asset stock control, in addition to providing our customers with important information on their cargo.”

From the pages of CargoTalk: People with strong digital backbone counter better to this crisis: Ashok Rajan 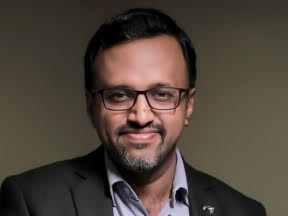 “Supply has never been a problem in the cargo industry before this pandemic,” says Ashok Rajan, Senior Vice President and Head – Cargo & Logistics Solutions, IBS Software. Calling digitisation a saving grace for most of the air cargo professionals, Rajan shares, “In last three months, nature of operations has started to change considerably. With the work from home concept, interactions have gone digital. People who had strong digital backbone have responded much better to this crisis.” “In the time of crisis people are struggling to get connected to their customers in order to make sales. Hence, people who had access to digital sale channel are actually able to get a bigger chunk of the market than others,” he adds.

From the pages of CargoTalk: Capturing data at every point is the need of the hour: Nihar Parida 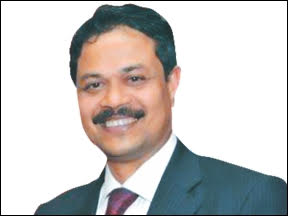 Calling digitalising the complete supply chain a need of the hour, Nihar Parida, Industry Expert & Supply Chain Consultant, says, “Data at every point should be captured as much as possible. Also, data analysis should happen at a single point and not in silos.” He continues, “During the change in tax from local sales tax to VAT, most organisations opened warehouses in every state. The moment GST was declared; the finance and logistics fraternity started exploring how they could consolidate their stocks in few warehouses as the state borders became obsolete from the tax point of view. For the first time, the logistics people started thinking of inventory from a logistics cost saving perspective rather than a tax saving perspective. But again most were guided by the common thought of consolidation. The LSPs also started selling the idea to ensure they could save cost in their multi-user facilities. The distribution factor was side-lined. The transporters and the courier companies were in the limelight.” 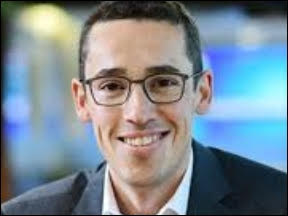 DHL Global Forwarding has opened its first temperature-controlled facility in Hyderabad to meet the growing demand for reliable temperature-controlled transportation from point of departure to arrival. Located in the cargo satellite building close to the airport in Hyderabad, the new facility offers conditioning of packaging materials in different chambers for varying temperatures up to -20̊ C, to meet the stringent needs of pharmaceutical shipments. “To meet the intricate requirements of each life science and healthcare shipment, our goal is to ensure that all goods are vigilantly handled by DHL’s core team of professionals with customised end-to-end solutions,” says, Niki Frank, CEO, DHL Global Forwarding, India, in adding, “By sending pre-conditioned packaging units to our customers’ premises to pick up temperature-sensitive medicines and vaccines, we ensure that the highest possible integrity of temperature control is achieved within the supply chain during export.” 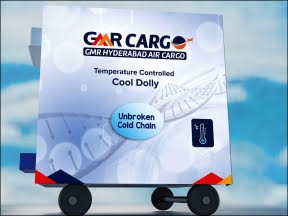 In order to maintain unbroken cold chain for time and temperature sensitive shipments such as pharmaceuticals and perishables, GMR Hyderabad International Airport has ramped up its cargo capabilities by introducing a Multi ULD (Unit Load Device) Cool Dolly. The Multi ULD Cool Dolly at Hyderabad Air Cargo was virtually launched today by Vandana Aggarwal (IES), Senior Economic Advisor, Ministry of Civil Aviation (MoCA) during the third Webinar on ‘Air Cargo-Changing Dimensions’ organised by GMR Group as part of its ongoing webinar series on ‘Reposing the faith in flying’. Comprising of a steel trailer and aluminum insulated container, the Cool Dolly acts as a mobile storage unit from air cargo terminal to the aircraft. They provide an unbroken cold chain to all the perishable shipments of temperatures of +2⁰C to +8⁰C and +15⁰C to +25⁰C and can handle around 7-tons of cargo in a single trip. 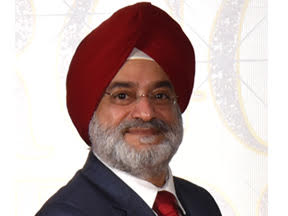 Hans Infomatic launches iCAFFE mobile app to transform freight forwarders business process Hans Infomatic has come up with a new mobile app for its ‘iCAFFE’ users. It is web based freight forwarding software which helps organisations in providing work flexibility options to their employees while making sure they don’t lose grip on productivity during such challenging times.This is a digital transformation of the complete business process which aids working from a safe environment of home or any remote area, adapting to the digital world for an employee and employer. “The app will enable the freight forwarding community to operate smoothly from any remote place, thereby providing business continuity to their clients with many built in features,”says, Parvinder Singh, Managing Director,Hans Infomatic.    The app has features like check & update live status of job by field or remote staff, view & update shipping bill, bill of entry and send, receive or store e-documents, generation of various reports along with few other handy and important features. 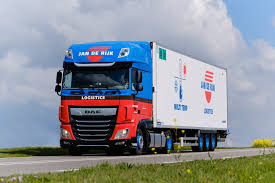 As part of its efforts to reduce waiting times at airports, Jan de Rijk Logistics, the road feeder firm, has signed up with Trucking CDM for to manage slot allocation planning mechanism between truckers and handlers. The industry is under pressure to reduce costs but also achieve faster transit times between European airports, because much of the trucking operation is spent waiting at airports. Stefan Pieters, Manager of Operations & Development, Jan de Rijk, says, “Our biggest challenge boils down to the waiting hours spent at cargo handling facilities, caused by lack of communication and transparency. As there is often no contractual relation between the trucker and the handler both parties operate on behalf of the airline but not directly connected to each other. If we could share data about when the freight is available, the status of vehicle combined shipment information we could communicate much better with the handler thus creating, insight and data sharing for all parties involved.” The Trucking CDM platform provides transparency, predictability and a slot allocation planning mechanism between truckers and handlers. It allows data sharing between the involved stakeholders in regard to the truck movement.

Turkish Cargo has launched a new artificial intelligence chatbot, called CARGY, to provide customers round-the-clock updates about the status of their cargo shipments. The artificial intelligence based chatbot ‘Cargy’ gives information about available dates and flights for shipments. Cargy will offer the opportunity to inquire the rate details at its second phase in September and will provide other details related to the cargo at its third phase which will go live in December. The airline has added that it is enhancing and digitising its technological infrastructure to enhance its service quality.

Portall Infosystems has collaborated with GOCON in order to provide trucking services on PCS1x; a cloud based new generation technology with user-friendly interface The service is already live on PCS 1x. GOCON, a digital transport aggregator platform that connects operators (Trailers and Truckers) with shippers, has on-boarded the collaborative P-CaSo platform. The company is known for its ability to deliver effective transportation solutions vide their own and leased fleet across the country. Shirishchandra Shah, Chief Product Officer, Portall, said “Coming from the well known transportation fleet owner Roadwings – Portall has good reason to believe GOCON will serve the trade well. We thank IPA for their support to add trucking services as a functionality on PCS 1x to better serve the ecosystem.” “We have an established transport company with a large owned and leased fleet who have now embraced digital business. We are pleased to tie up with Portall whose work in the digital landscape of India is well known and appreciated.” Pratyaksh Sureka, Founder, GOCON. IPA (Indian Ports Association), an autonomous body under the Ministry Of Shipping, which launched the PCS 1x in Dec 2018 has been working closely with the trade to expand functionality and features and the addition of this service has ensured that the users can get attractive rates which can help bring down the logistics costs.