Believing the Budget 2019-20 as an ongoing task reiterating the commitments that the NDA Government has set in its vision document, S Ramakrishna, Chairman, FFFAI, says, “It is commendable the new Finance Minister presented a pragmatic Budget aiming to reach the US$ 5 trillion economy in the next few years, with required emphasis and focus on infrastructure, multimodal connectivity and logistics operation. Significantly, the government has decided to create and promote inland waterways and allied infrastructure to reduce logistics cost and boost greener environment.”

It is heartening to note that after recently launched multimodal terminal at Varanasi, more similar terminals will be completed at Sahibganj and Haldia and a navigational lock will be created at Farakka by 2019-20 FY. We will be expecting more such terminals in North East India as well, like strengthening the existing terminal in Pandu (Guwahati) and new one in Jogighopa which is very strategic region from foreign trade’s perspective utilizing effective multimodal connectivity with special thrush on waterways. It would be very crucial to expedite international cargo movement to Bangladesh and beyond. Also, it is commendable the Finance Minister emphasized on resolving all litigations on fast track basis to facilitate trade and commerce.

Commenting on the focus given by government to MSMEs, Ramakrishna, says, “Since predominantly we are from MSME sector, this funding would be a great boost for us.” 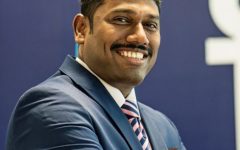 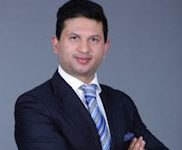 COVID-19 crisis is an opportunity to re-understand the operations: Chander Agarwal