ALMAC Online opens; It is not govt business to govern the industry, we have to self-regulate ourselves, says, AMTOI Vice President 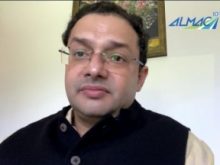 The 10th Asian Logistics, Maritime and Aviation Conference (ALMAC), an annual signature event for the industries jointly organised by the Government of the Hong Kong Special Administrative Region (HKSAR) and the Hong Kong Trade Development Council (HKTDC), opened today, running online for the first time in light of the pandemic. “The year 2020 has been a landmark year in many aspects, perhaps the most challenging year we have faced in our lifetime,” says, Xerrxes Master, Vice President, Association of Multimodal Transport Operators of India. Explaining the nature of Indian logistics industry, he continues, “The size of the Indian logistics industry is US$250 billion; it’s a highly fragmented industry with hardly 10-15 per cent owning by organised players. So, one can imagine the magnitude and sheer scale of industry and what it is really capable of. However, slow but steady the progress has been made at every step. Indian government, in the last five to 10 years, has really supported multi-modalism; one of the prime examples is the development of inland waterways and the coastline which has been neglected all these years and which has really not being used to its full potential. It is estimated that 14500 kms length of rivers are navigable throughout the year. The Inland Water Authority of India (IWAI) has declared five national waterways covering a total of 4,434 kms of inland waterways covering routes on river Ganga , river Brahmaputra , back waters of Kerala, Krishna and Godavari river system along with the Buckingham Canal and Brahmani Mahanadi river system along with East Coast Canal. In 2016 the government of India declared 106 navigable rivers as National Waterways also. India and Bangladesh have agreed upon a river transportation protocol of 2,303 nm on the river routes of Ganga, Brahmaputra and their tributaries across the two countries. Similar protocols are to be signed between India and Bhutan, Nepal and Myanmar.
Now one can imagine the magnitude and scope of this logistical movement. India also has one of the largest coastlines of 7500 kms and the government is developing major and minor ports along the coastline depending on the demography of the industry prevailing there so as to ensure shorter transit times from the factory to the port and with port especially equipped to cater to that kind of cargo. This will reduce the Indian logistics cost to a great extent.”
“AMTOI also have worked tirelessly to submit a Whitepaper to the government to appoint SRO or self-regulatory organisations. It is not the business of the government to govern the industry, we have to self-regulate ourselves and report to the government that everything is correct and well and ensure that businesses are being done in a transparent, legal and proper manner,” he adds.
More than 60 experts and leaders from the logistics, maritime and aviation industries will share their insights at the two-day programme. 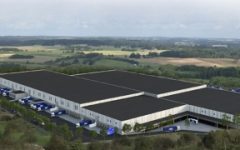 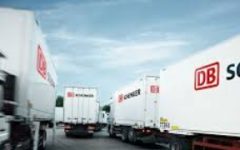 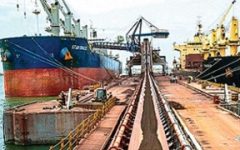 Essar Ports record revenue of 36.5 MT of cargo handling from April to Dec 2020