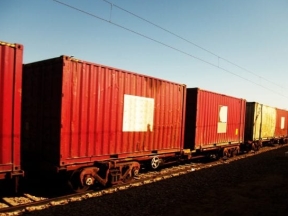 The Indian Railways has achieved the yearly milestone in freight transportation by crossing the 1,000 million tons (MT) mark in this fiscal, said an official statement. Till date, the railways has loaded 1,002 MT of freight in the current fiscal. Earlier, this milestone was achieved on December 24, 2021, and as on December 6, 2021, the railways had achieved a freight loading of 926.4 MT. During this financial year, the national transporter has registered an incremental loading of 76.3 MT with growth rate of 8.25 per cent. “In revenue terms, the railways freight revenues stood close to Rs 1,08,593 crore in the current year vis-a-vis Rs 93,532 crore during last year till December 6, thus showing an improvement of 16.10 per cent,” the statement added.” 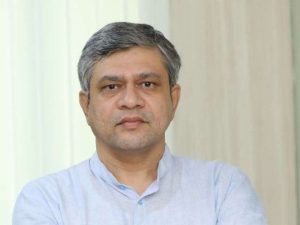 The Ministry of Railways will roll out projects worth Rs. 90,000 crore in the months ahead to remove bottlenecks in the movement of freight, said Union minister for railways, Ashwini Vaishnaw at the 17th Foundation Day of Dedicated Freight Corridor Corporation of India Ltd (DFCC). “Till now, we have identified projects worth Rs. 90,000 crore, or $10 billion, to remove all potential bottlenecks in the movement of freight. Some of these are small projects, some are bigger in scale. The projects will be sanctioned in the coming months, and will help us realise the aspiration of loading 3,000 million tonnes (mt) of goods,” Vaishnaw said. At the start of the financial year, the ministry had rolled out a Rs 1.5-trillion procurement plan to augment railway performance. “The prime minister sincerely believes that the only way to transform the Indian economy is to transform Indian Railways. This shows that the support for railways is foremost in the minds of the top leadership of this country,” the railways minister said. 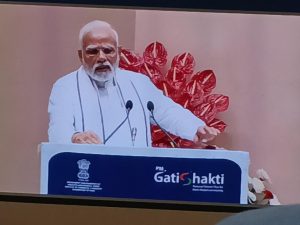 Prime Minister Narendra Modi launched the much-awaited National Logistics Policy (NLP) in the national capital on September 17 which, he said, was an important step towards the ‘making of a developed India,’ while adding that the policy has come with a ‘new energy for every sector.’ In his address, PM Modi said, “In the Amrit Kaal, the country has taken an important step towards the making of a developed India. The echo of ‘Make in India’ and ‘India becoming self-reliant’ is everywhere. India is setting big export targets and is also fulfilling them. India is emerging as a manufacturing hub. In such a situation, the National Logistics Policy has brought new energy for all sectors.” The NLP also aims at enhancing competitiveness and seamless movement of goods. At the grand event, Modi also focused on setting up Multimodal Logistics Parks (MMLPs), developing infrastructure and enhancing multimodal connectivity. “The government, both at centre and state, would prepare a master plan for logistics that will cover projects planned by different ministries to ensure multi-modality, optimal modal mix and addressing first and last mile connectivity. The policy also makes way for a framework to set up Multi-modal Logistics Parks (MMLPs), which will be adopted by states and central ministries. This aims at seamless integration of various modes of transport. A framework will also be put in place for accelerated development of warehousing, which will address key aspects, such as standards, benchmarking and rating, and adoption of technology enabled solutions.” 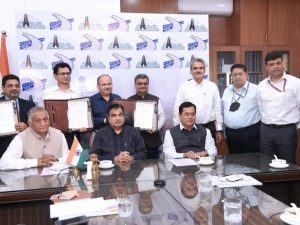 An MoU has been signed between National Highways Logistics Management Limited (NHLML), Inland Waterways Authority of India (IWAI) and Rail Vikas Nigam (RVNL) for the development of multimodal logistics parks in the presence of Sarbananda Sonowal, Minister of Ports, Shipping and Waterways and Cabinet Minister of AYUSH and General VK Singh, Union MoS and Nitin Gadkari, Minister for Road Transport & Highways. “The Government of India approved the development of 35 multimodal logistics parks under Bharatmala Pariyojana to centralise freight consolidation and reduce logistics cost,” Gadkari said. “Providing seamless modal shift, MMLPs will ensure that cargo is swapped/shifted from and to waterways, dedicated freight corridors and road transport,” he added. 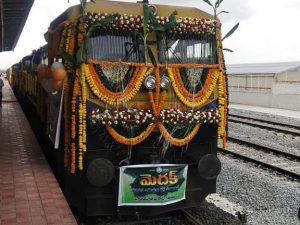 Indian Railways has strengthened trade and commerce in Telangana with the commencement of freight operations. First freighter train arrived at Medak Railway Station on the newly commissioned Akanapet-Medak line. This will enable local traders to ferry their goods across the country. “Marking commencement of freight operations, the first goods train arrived at Medak on the newly commissioned railway line. This will enable local traders transport localgoods across the country,” announced G Kishan Reddy, Union Minister for Culture, Tourism And Development Of North Eastern Region (DoNER), Government of India on Twitter. 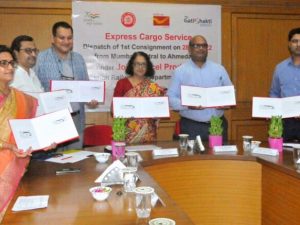 To facilitate seamless logistic movement of Goods and Parcel service, Department of Posts in collaboration with Indian Railways has developed a customized Logistics solution for e-commerce players and MSMEs called Express Cargo Service. While Veena R. Srinivas, Chief Postmaster General, Maharashtra Circle briefed regarding the new initiatives of Department of Post and the prospects of logistics in Maharashtra Circle, G V L Satya Kumar, DRM, Western Railways discussed about the extension of collaboration throughout Maharashtra and beyond and Amitabh Singh, Postmaster General (Mails & BD), briefed about the operational details of Express Cargo Service. The first consignment of Express Cargo Service was despatched from Mumbai Central Railway Station through Gujarat Express. The launch of this product will be beneficial for timely delivery of goods and cargo from the industrial hubs located in Mumbai, Navi Mumbai, Surat, Vadodara, and Ahmedabad Region. 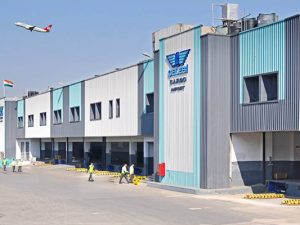 Delhi International Airport Ltd (DIAL) has commenced a new bonded trucking service with Celebi Delhi Cargo Terminal Management India. The service connects Pune to Delhi airport for worldwide exports from DIAL. “This is an excellent service initiative that provides seamless connectivity to the efficient Celebi Cargo terminal at Delhi.  It is a great collaboration between DIAL and Celebi,” said an official Linkedin post. Celebi has also extended e-CSD facility to freight forwarders at DIAL. In March 2022, Celebi became the first cargo terminal operator (CTO) in India to offer electronic cargo security declaration (e-CSD) for its airline partners. Now, with the integration of e-CSD option for freight forwarders, Celebi reassures its commitment to continue investing in technology for offering better experience for cargo community at large. 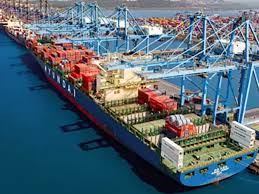 First test shipment from Russia comprising two 40-foot containers of wooden laminate sheets is all set to reach Mumbai via Iran by freight train. The shipment is currently underway from St. Petersburg via Iran. “The intermodal shipment is sent via the International North-South Transport Corridor (INSTC), the mega project that has been under development for many years,” said official reports. The Russian cargo departed St. Petersburg for the Caspian Sea port city of Astrakhan. In Astrakhan, the cargo will be reloaded to cross the Caspian Sea to Iran’s Anzali Port, where they will be ferried by road through Iran to port city of Bandar Abbas. The goods will again be loaded onto ships at the Iranian port to be delivered to India’s largest container port in Navi Mumbai. The total transit time may be 25 days, the reports added. 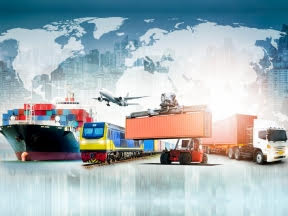 The Delhi Mumbai Industrial Corridor Development Corporation (DMICDC) and NEC have collaborated to provide logistics visualization services that would help to streamline India’s complex logistics supply chains and reduce logistics costs. An official statement said, “India’s rapid economic growth has been causing trouble for the country’s aging logistics infrastructure. Transporting goods around the country takes a long time and there are frequent delays. It is difficult to know exactly where shipments are at any given moment. Wishing to avoid the risk of running out of stock, consignors in the manufacturing industry have tended to overstock their inventories. The added costs of navigating complex logistics supply routes and overstocking have created barriers to attracting foreign investment and enhancing international competitiveness.” Piyush Sinha, CEO of DMICDC Logistics Data Services (DLDS), a joint venture company between DMICDC and NEC also stated, “The logistics cost is probably 13 to 14 per cent of total GDP. This must reduce to 7 to 8 per cent to make our exports more competitive.” 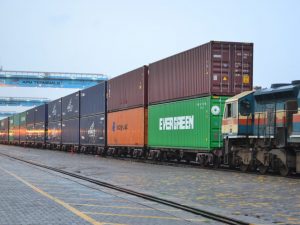 With the focus to improve multimodal infrastructure in India, the Ministry of Railways will soon build 100 cargo terminals with easy connectivity with roads and ports, said an official release. A senior official from the Rail Ministry said details related to identification, timelines, and mapping for the plan are already underway. At the Network Planning Group’s (NPG) 20th meeting, he also said that details will soon be shared across with all ministries and departments for in-depth coordination. The NPG meeting held recently was chaired by Amrit Lal Meena, special secretary in DPIIT’s logistics division, and saw participation from member ministries and departments including the Ministry of Road Transport and Highways, Ministry of Civil Aviation, Ministry of Railways, Ministry of Ports, Shipping and Waterways, amongst others.