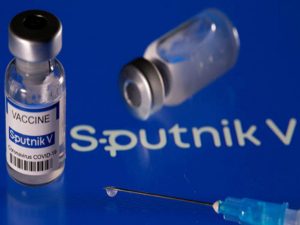 India’s leading integrated temperature-controlled logistics service provider, Snowman Logistics has entered into a strategic partnership with Hyderabad based Dr. Reddy’s, under which it will provide temperature-controlled end-to-end logistics solutions for the delivery of the two-dose Sputnik COVID-19 vaccine across India. The delivery of the vaccines will be managed by Snowman through its five high-capacity temperature-controlled warehouses in Mumbai, Delhi-NCR, Kolkata, Chennai, and Bengaluru. Under the said partnership, the company will offer storage, order processing, shipper packing, and secondary transportation from these locations. The five location that will be leveraged by Snowman is strategically located, which will not only help the 3PL player to take care of the state distribution but the whole of the regional requirements as well.

Indian Railways loads the highest ever freight of 114.8 MT for the month of May 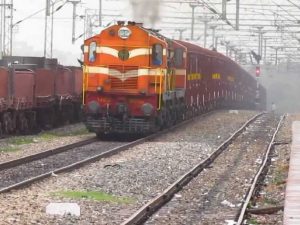 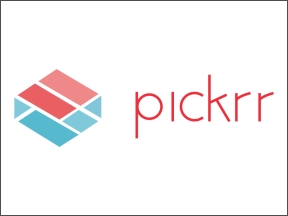 After revolutionising shipping for e-commerce sellers and D2C brands in India and offering its intelligent warehousing/fulfillment solution to reduce their fixed logistics costs, India’s largest logistics & shipping software for e-commerce businesses Pickrr is introducing order processing in 10+ regional languages to support sellers from tier-2 and 3 cities. The latest feature will empower the new age local business enablers, hyperlocal business aggregators, and individual hyperlocal applications to accept order details (customer name, address etc.) in their local languages. Pickrr has introduced its order processing feature in vernacular languages including Hindi, Punjabi, Bangla, Tamil, Telugu, Urdu, Marathi and Gujarati, without any additional cost. The platform is also working towards making its website and dashboard accessible in 100+ regional languages by the next month. 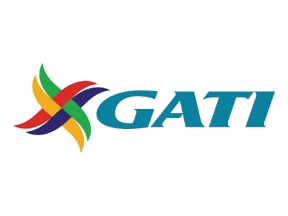 Gati Ltd, a leading express distribution company and part of Allcargo Group, today announced it was exiting Gati Kausar India Ltd, its cold chain solutions business. Gati will sell its approximately 70% per cent stake to existing minority shareholder Mandala Capital AG Limited, a leading private equity firm focused on investments across the food value chain. The company expects the transaction to close within the next 30 days. Following the closure of this transaction, Mandala, which currently holds about 30% percent, will become the controlling shareholder in Gati Kausar. Mandala has been a shareholder in Gati Kausar since 2014. By way of this transaction, post-closure, Gati’s consolidated gross debt will come down by around Rs 100 crore. With this, Gati would have reduced its consolidated gross debt by more than 50% over the last 12 months. 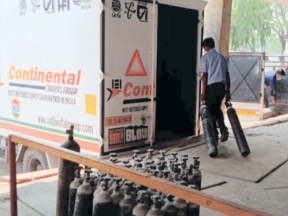 With acute shortage of Medical Oxygen in the hospitals, Continental Carriers Pvt. Ltd. decided to work as a support system to the Moolchand hospital, Delhi, in ferrying Oedical oxygen from Agra to Delhi. This is being done on daily basis since May 2021.t This logistic supply is available free of cost to the hospital as a gesture of giving back to the society in these hard times. The Continental Carriers feels humble in providing the service to the hospital and to the people in need. The country has been passing through one of the worst phase, the pandemic especially the second surge has posed, creating a havoc in the lives of many. 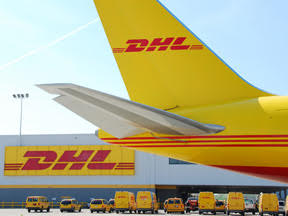 It has been more than a year since the world woke up to the news of the new SARS-COV-2 virus. With over 200 million doses of all approved vaccines distributed to over 120 countries and 9,000 operated flights in which more than 350 DHL facilities were involved, DHL was part of the response strategy from the beginning. Over 50 bilateral and multilateral collaborations with partners in both the pharma and public sector and several new dedicated services were created to stem this task. “The white paper builds on the experience of providing logistics to manage the pandemic over the last 15 months and vaccine distribution in over 120 countries. I do hope that this will help to shape our plans for pandemic management as well as vaccine distribution in India,” says R.S Subramanian, SVP and Managing Director, DHL Express India. Highlighting the aspects that can boost India’s vaccine roll out drive as well as any future health crisis, Subramanian adds, “Better collaboration, boost for manufacturing capacity, research, production and procurement plans and expansion of local deployment capabilities are needed in the coming months. There is movement in this direction.” 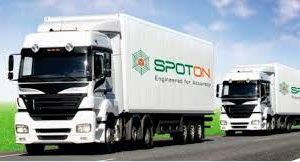 Spoton Logistics, India’s premier technology, and engineering-driven logistics company have been successfully delivering FDA-approved oxygen concentrators since April 2021. The company stepped forward to enable seamless delivery of one of the most critical medical equipment needed by COVID patients all across India. Despite being time-critical, the delivery of oxygen concentrators is affected by multiple links in the supply chain defining its availability across different cities and regions in the country. Spoton Logistics is thus focusing on providing real-time visibility into the shipment of oxygen concentrators, also alerting the consumer in advance in case there is an unavoidable delay. Commenting on the development, Uday Sharma, COO, Spoton Logistics, stated, “To ensure that the demand of oxygen concentrators is effectively met, seamless and well-managed logistics is the key. We need to keenly keep an eye on the mobilization process of such critical equipment which can not only help the affected people but the government too in amplifying the healthcare infrastructure. As a leading player in the industry, Spoton has been proactive in making sure that there is optimum transparency maintained in the delivery process so that the customers can track their shipments in real-time. ” 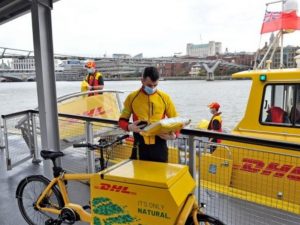 DHL has announced a series of new upgrades to its myDHLi online booking and management system as its user base grows rapidly in the first quarter of the year. The freight forwarding giant said that it would add road freight to existing ocean and air services — launched last year — to give its customers full visibility and ability to manage shipments across the supply chain. The roll out of the road functionality will begin in Turkey. Speaking at an online event to reveal the latest developments, DHL Global Forwarding, Freight chief executive Tim Schwarth said that the platform has seen a “tremendous” increase in the number of users since the start of the year. He said at the end of 2020 there were around 1,000 customers using the platform, but this has now increased to 3,000 across 62 countries. Meanwhile, revenues generated online in the first quarter were up by around 56% compared with a year earlier. The company hopes that by the end of the year, between 8,000 and 10,000 customers will be using the platform.

Spoton Logistics, India’s premier engineering and technology-driven logistics company, has announced customisable logistics solutions to cater to the niche requirements of SMEs and MSMEs which include the Retail traders in India. With an aim to support small businesses amidst the COVID-19 pandemic, Spoton will provide best-in-class services backed by its widest express network covering 22,000+ pin codes and its technology-enabled processes to ensure timely movement of goods across the country.  Uday Sharma, COO, Spoton Logistics, stated, “With digitalization blurring geographical boundaries for businesses today, logistics challenges need to be resolved efficiently so as to sustain business growth. Especially in the case of essential goods, maintaining an optimum supply chain has become the need of the hour for MSMEs and SMEs  so as to be able to meet the rising consumer demand on time and also ensure their own survival. The logistics cost MSMEs and SMEs   has been historically the highest. Spoton is thus bringing these customisable solutions for moving goods across the country – quickly and economically.” 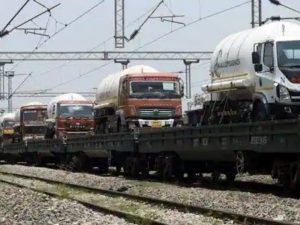 The Indian Railways said that the first ‘Oxygen Express’ to Karnataka is carrying six cryogenic containers–a total of 120 tonnes of life-saving gas. Another Oxygen Express carrying around 225 MT of oxygen from Gujarat’s Hapa offloaded in Delhi Cantt on Monday. Karnataka receives its first ‘Oxygen Express’ on Tuesday, May 11. The Oxygen Express has left from Jamshedpur on Monday and is expected to reach Inland Container Depot, Container Corporation of India, Whitefield on Tuesday. Union Railway Minister Piyush Goyal also tweeted about this, “Railways fight against Covid-19 is in full swing, as #OxygenExpress with 11 tankers carrying life-saving oxygen via Green Corridor from Hapa, Gujarat, is offloaded in Delhi”. The Indian Railways has so far delivered nearly 4,200 metric tonnes (MT) of liquid medical oxygen in 268 tankers across the country. According to a statement issued by the Ministry of Railways, as many as 68 Oxygen Expresses have completed their journey so far. “Till now, 293 MT has been offloaded in Maharashtra, 1230 MT in Uttar Pradesh, 271 MT in Madhya Pradesh, 555 MT in Haryana, 123 MT in Telangana, 40 MT in Rajasthan, and 1,679 MT in Delhi,” the Ministry said. Yesterday, Uttar Pradesh’s Kanpur received its first Oxygen Express, carrying 80 MT of life-saving gas.