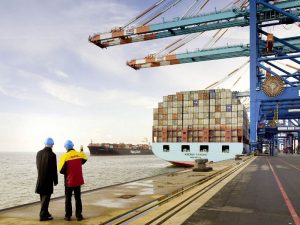 Deutsche Post DHL Group (“DPDHL”) has signed an agreement to acquire up to 100 percent of J.F. Hillebrand Group AG (“Hillebrand”) and its subsidiaries at an equity value of around €1.5 billion. Hillebrand generated revenue of around €1.4 billion in the last twelve months, will ship 500,000 TEUs in 2021, and has more than 2,700 employees worldwide. Hillebrand is a global service provider specialized in ocean freight forwarding, transport and logistics of beverages, non-hazardous bulk liquids and other products that require special care. The strategic combination of Hillebrand with DHL’s Global Forwarding, Freight (“DHL”) division will strengthen the Group’s position in the dynamic ocean freight forwarding market. “With the growing maturity of our freight forwarding business, this bolt-on acquisition of Hillebrand is highly complementary to our existing portfolio. In line with our Group Strategy, we strengthen our core logistics business and deliver profitable long-term growth”, says Frank Appel, CEO Deutsche Post DHL Group. “Using our financial strength, we are able to pursue quality investments while reinforcing our unchanged commitment to deliver on investor return expectations.” 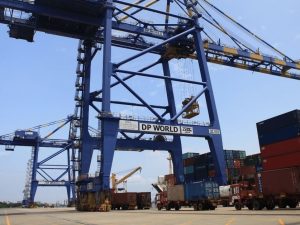 DP World has completed testing of the BOXBAY high bay storage concept at the first full-size facility constructed at the port of Dubai proving that the innovative technology works in the real world. More than 63,000 container moves have been completed since the facility, which can hold 792 containers at a time, was commissioned beginning this year. The test exceeded expectations with BOXBAY faster and more energy efficient than anticipated. BOXBAY is a Joint Venture between DP World and German industrial engineering specialist SMS group. The system stores containers in slots in a steel rack up to eleven high. It delivers three times the capacity of a conventional yard in which containers are stacked directly on top of each other, meaning the footprint of terminals can be reduced by 70 percent. In BOXBAY containers are moved in, out and between slots by fully electrified and automated cranes built into the structure. Individual containers can be accessed without moving any others. The whole system is designed to be fully powered by solar panels on the roof. 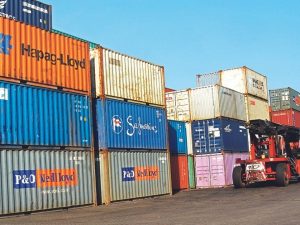 The issue of container shortage has been lurking around ever since the outbreak of the pandemic, resulting in tension in the trade. Still very much exposed to the issue, the textile and garment exporters have now sought measures by the Union government to address the same. While interacting with the Prime Minister, the export promotion council heads pointed the conversation towards the logistical challenges faced by the exporters of India. Manoj Kumar Patodia, Chairman of the Cotton Textiles Export Promotion Council, putting forth his concerns said that the acute shortage of containers and the need for greater focus on logistics development were emerging as major challenges. He then politely asked the Government to step in and give immediate attention to the issue of container shortages which is turning out to be a very serious issue for the exporters. Further, he also appealed to the Government to include textiles in the priority list while negotiating Free Trade Agreements with the UK, the European Union, Canada, and Australia. Speaking on the same lines, Apparel Export Promotion Council Chairman A. Sakthivel said the government should look at FTAs with the UK, the EU, and the US, and CEPA with Canada and Australia. The shortage of containers is now adversely affecting all exporters, and the Government should advise shipping companies to bring empty vessels directly to India, he said. 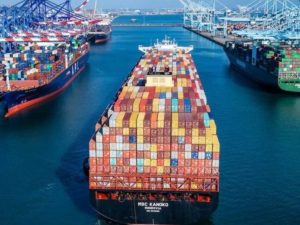 The global shipping industry will have to develop contingency plans in case Covid-19 cases continue to surge in China, more so because it happens to be the world’s most important nation for shipping movements. Already, ports like the one in Singapore and Fujairah in the United Arab Emirates have barred ships from changing crew members who have recently travelled from India, making it difficult for seafarers to be relieved at the end of their contract periods. According to reports, the Chinese port of Zhoushan has banned entry for any ships or crew that have visited India or Bangladesh, which has also struggled with a COVID surge in the past three months. The delta variant has made inroads into many countries defenses and China is no exception. Although, it has got some of the stringent protocols in the world yet, infection has reached nearly half of China’s 32 provinces in just two weeks. While the overall number of infections — more than 360 so far — is still lower than COVID resurgences elsewhere, the alarming spread points at the virulent nature of the variant forcing millions of Chinese to go under lockdown. 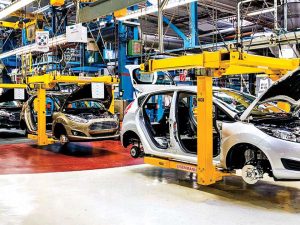 The auto industry is still reeling under issues pertaining to cost and container availability, majorly fueled by its dependence on Chinese container manufacturers and foreign shipping lines, revealed Automotive Component Manufacturers Association of India (ACMA) on Tuesday. ACMA president Deepak Jain said that auto component exporters are being confronted by a ‘4x to 6x increase in logistics cost due to the container issue’. The apex body, which represents the interests of the Indian auto component industry, announced that component exports recorded an 8% dip in FY21 compared to the year before, though the good news is exports to China have seen a small increase. “The container shortage began in H2 of FY21 but now the pinch has sharpened and the rates for a 40ft container to the US has gone up from $2,000 last year to $6,000 now,” said Jain. “A 40ft container to the EU used to cost $1,500 which is now $5,000. Given that the US and EU are our top export destinations, this has hit exporters badly,” the president added. 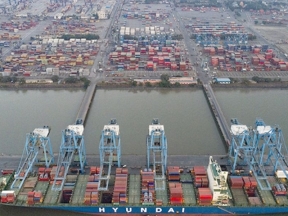 Jawaharlal Nehru Port Trust (JNPT), one of the premier container handling ports, recorded 433,533 TEUs in July 2021 compared to 344,316 TEUs in July 2020, a growth of 21.15% as compared to the same period last year. The container traffic handled at JNPT during the first 4 months of FY 2021-22 was 1,797,838 TEUs as against 1,192,165 TEUs, which is 50.80% higher than the container traffic over the same period of last year. In terms of rail operations, JNPT handled 77,662 TEUS of ICD traffic from 503 rakes in July 2021, and the Rail-Coefficient was 17.91%. To enhance the model shift from road to rail, JNPT is undertaking a host of initiatives like the commencement of rail service between JNPT and Balli (in South Goa) on the Konkan Railway, and other initiatives like ITRHO has helped to maximize train placement, track productivity, efficiency, cost-effective handling, reduce dwell time of import ICD boxes, connecting export ICD boxes to respective terminals in time and also increase rail quotient at JNPT.

Container manufacturing yet to catch up with demand

The world’s largest container-equipment leasing company, Triton International (NYSE: TRTN), announced record results and provided the latest intel on box production. The price of a new container, which had stabilized at around $3,500 per twenty-foot equivalent unit (TEU) earlier this year, has risen again and is now at $3,800 per TEU. Prices are “at unprecedented levels,” said John O’Callaghan, Triton’s global head of marketing and operations, during the call with analysts. The price of a new container at this time two years ago, pre-COVID, was around $1,600 per TEU, less than half the current level. What’s particularly telling is that the price is rising at the very time Chinese factories are churning out more new boxes than they ever have before. According to Triton’s estimate, which excludes sales to nonleasing and nonshipping buyers, factories built around 2.6 million TEUs of dry (nonrefrigerated/nontank) containers in H1 2021 — more than the 12-month totals in most years. 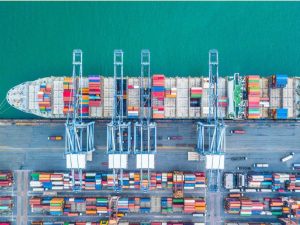 DSV Panalpina releases the interim financial report for the first six months of 2021. The results show strong growth in EBIT before special items of 64, 7 percent during the first six months of 2021 compared to the same period in 2020. The great performance was driven by 18 percent growth in gross profit and a high productivity across all divisions. Jens Bjørn Andersen, Group CEO, “We are proud to report strong results for the first six months of 2021, where we deliver an EBIT result equivalent to our full-year EBIT of 2019. This is a clear testament to the successful integration of Panalpina and a strong performance by our organisation in an extraordinary market environment. The logistics markets continue to be characterised by tight capacity, congestion and low visibility. 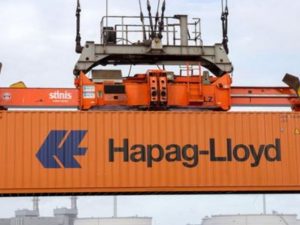 Hapag-Lloyd, a German container shipping company, has decided to suspend its booking of import containers bound for Bangladesh via Singapore for a month. The container transportation company announced on June 24 that bookings for cargo moving into Bangladesh via Singapore would not be possible for the next four weeks due to an increased backlog of containers destined for Chattogram at the transhipment port. However, the decision is not applicable for export bound containers from Bangladesh, said Abul Kalam Azad, general manager of operations at GBX Logistics, the local agent of Hapag-Llyod. “Hapag-Llyod was forced to take such a decision after facing a huge pile up of its Bangladesh-bound import cargo at Singapore port, which is choking with congestion,” Azad said. More than 3,500 Bangladesh-bound import containers being carried by the company are now sitting idle in Singapore. This situation was caused by the increased number of import containers heading for Chattogram and reduced transport capacity among feeder operators. 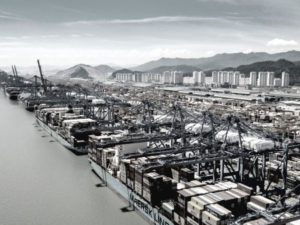 South Korea’s Ministry of Oceans and Fisheries said that liner operators have been omitting calls to Busan, reportedly because Chinese shippers are more willing to pay higher freight charges. Citing data from Busan Port Authority, the ministry said that from the beginning of this year to 10 July, 6,767 container ships entered the country’s busiest container port, a decrease of about 700 (9%) compared to the same period last year. THE Alliance, comprising Hapag-Lloyd, ONE, Yang Ming and HMM, is among those skipping Busan. From 19 July to 15 August, the alliance’s MD2 Asia-Mediterranean service will not stop at Busan. To maintain schedule reliability and prioritise container allocation, liner operators have been skipping ports that are perceived to be less important, said Linerlytica analyst Tan Hua Joo, who told Container News that the situation is not unique to Busan. Chinese ports Qingdao and Tianjin have also been affected, even though Tianjin is the main port serving Beijing.