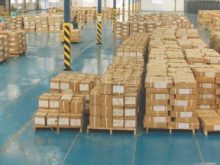 The warehousing sector’s meteoric rise to prominence in India was spurred by the introduction of GST leading to consolidation and the central government’s decision to grant ‘infrastructure status’ to the logistics sector including warehousing. Furthermore, with 100% FDI permitted in warehousing and logistics alongside maturated state-level warehousing policies, the sector has been seeing rapid institutionalization and subsequent inflow of major investments.
The investments grew from USD 675 million during 2014-2016 to USD 2.3 billion from FY 2017-2019 in the top 8 cities of India. In 2020, the pandemic reinforced a structural shift in consumer preferences – accelerating the penetration of online sales even in tier-2 and tier-3 cities, thus giving a huge boost to the sector. Any e-commerce operation needs a strong and robust supply chain network, of which, modern warehousing forms a critical component. As global e-commerce companies rapidly look to expand in their battle for retail supremacy, investments in infrastructure like warehousing; especially well located, modern, compliant with very high construction quality; will remain a top priority. In a previous report, we have also estimated that e-commerce companies themselves will require at the very least 25 million sq. ft. of Grade-A warehousing stock in 2025 across the country which in 2020 was 9.3 million square feet. 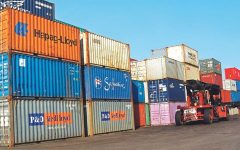