With the perspective to de-congest the capital city, along with other benefits, NHAI (National Highways Authority of India) will be proposing to shift the majority of warehouses from within Delhi to the peripheries of the city i.e. the upcoming Urban Extension Road (UER) and the Eastern and Western Expressways. The Center plans to hold a meeting with the Delhi Government to discuss this initiative further, which is also expected to decrease the number of heavy goods vehicles entering the capital and divert them to the outskirts instead. “You all are aware and you also experience the ill effects from air pollution in Delhi and around. Now we have built two expressways around the national capital.Large godowns and warehouses can come along these expressways and there will be less need of trucks and other heavy goods vehicles to enter Delhi, which will reduce congestion and air pollution.” said Nitin Gadkari, Union Road Transport and Highways Minister
National Highways Logistics Management System – a special purpose entity of NHAI – has already formulated a detailed plan for the proposed system and has identified the warehouses that can be shifted along the peripheral expressways and the UER area. The UER connects Delhi with Jaipur, Rohtak and Chandigarh via national highways and is scheduled to be wrapped up by August next year. 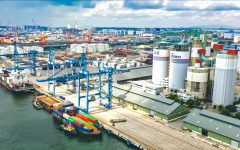 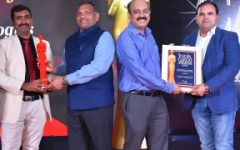