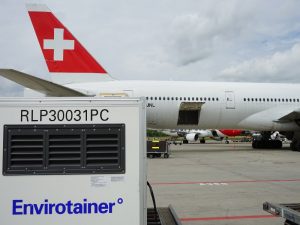 Swiss WorldCargo, the air cargo division of Swiss International Air Lines, is proud to be the first airline to have successfully carried out a commercial shipment between Zurich (ZRH) and New York (JFK) with an Envirotainer Releye® RLP container onboard. The shipment was transported on flight LX 14 on August 3, departing at 13.20h local time and landing at John F. Kennedy International Airport (JFK) at 16:10h local time. Ahead of the flight, the Envirotainer Releye® RLP and its shipment were loaded into the belly of a Swiss International Air Lines Boeing 777-300ER. The container held a care-intensive shipment from a leading pharmaceutical company, requiring a specific temperature range. “We are proud to have successfully carried out the first shipment of an Envirotainer Releye® RLP from Switzerland, and look forward to welcoming this container into our product portfolio,” said Lorenzo Stoll, Head of Cargo at Swiss International Air Lines. “The RLP helps showcase Swiss WorldCargo as the premier carrier of choice for the transport of temperature-sensitive, care-intensive pharmaceutical goods. Additionally, the RLP offers reduced CO2 emissions and improved environmental performance through a lightweight material design. This fully aligns with our own focus on sustainable operations and continued reduction of our carbon footprint.” 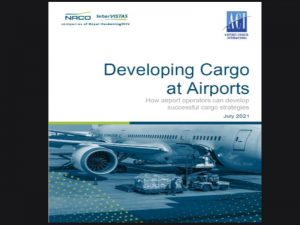 Airports Council International (ACI) World published a complimentary report to help airport operators develop successful cargo strategies that can contribute to the sustained recovery of the industry by developing alternative revenue streams. Air cargo remains an engine of economic growth and its crucial role during the pandemic has created positive momentum as the industry enters its recovery phase. Many airports have managed to sustain or even grow their cargo operations during the pandemic, which has proven crucial in providing liquidity for airport operators and in some cases, even ensured the longer-term solvency of the airport business. “As airports come out of the pandemic and look to ensure long-term financial sustainability through the diversification of their revenue streams, cargo is an important area to be explored,” ACI World director general Luis Felipe de Oliveira said. “A clear cargo strategy will help further airports’ understanding of the current landscape and opportunities, as well as build a robust business plan for the future.” 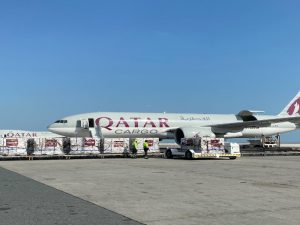 The International Air Transport Association (IATA) published the IATA World Air Transport Statistics (WATS) with performance figures for 2020 which signifies the devastating effects on global air transport.In a recent statistics released by World Air Transport Traffic, despite the massive drop in capacity from the bellies of passenger aircraft Air freight was the bright spot in air transport for 2020. The top five airlines ranked by scheduled freight tonnes carried were Federal Express (8 million), Qatar Airways (2.3 million), Emirates (1.8 million), United Parcel Service (5 million) and China Airlines (1.5 million). “2020 was a year that we’d all like to forget. But analyzing the performance statistics for the year reveals an amazing story of perseverance. At the depth of the crisis in April 2020, 66% of the world’s commercial air transport fleet was grounded as governments closed borders or imposed strict quarantines. A million jobs disappeared. And industry losses for the year totaled $126 billion. Many governments recognized aviation’s critical contributions and provided financial lifelines and other forms of support. But it was the rapid actions by airlines and the commitment of our people that saw the airline industry through the most difficult year in its history,” said Willie Walsh, IATA’s Director General. 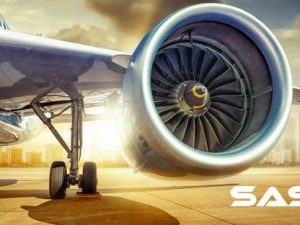 Strategic Aviation Solutions Int’l (SASI World) and The Transportation Research Board (TRB) enter into an agreement as a part of the National Academy of Sciences, Engineering and Medicine in the United States — to commence work on an extensive research project: Modernizing Air Cargo and Infrastructure at U.S. Airports, managed by the Airport Cooperative Research Program (ACRP). The objective of this project is to develop a guidebook for U.S. airports of all types and sizes to help modernize their airport cargo facilities, processes and operations in coordination with key logistics stakeholders. The guidebook will address the optimization of a multimodal approach to facilitate the flow of commerce and the movement of goods in coordination with on- and off-airport facilities and services. Leading the team from our SASI World USA headquarters will be Mark Diamond and Charles Edwards, fully supported by the global team of SASI World. In announcing the award, Stan Wraight president and CEO of SASI World commented “SASI World is truly honored to be awarded this contract and our agreed mandate to deliver Head Office – Strategic Aviation Solutions International LTD. 409-111 Rue Vinet Montreal, Quebec, Canada H3J2W2 a true, value-added guidebook that will have practical and implementable solutions for airports to meet the challenges that the next decades will present. 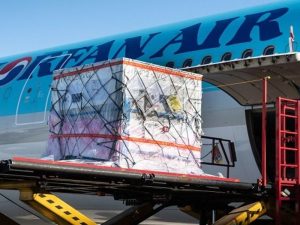 Korean Air recently operated 10,000 cargo-only passenger flights as of August 1. The airline launched its first cargo-only passenger flight on the Incheon-Ho Chi Minh route in March 2020, and has operated these flights on 65 routes to North America, Europe, Southeast Asia, China and Japan, transporting 400,000 tons worldwide. Approximately 40 tons are transported per round trip (20 tons one-way). After most flights were suspended following the COVID-19 outbreak, Korean Air began operating cargo-only passenger aircraft. Beginning with 38 of these flights in March last year, the airline currently operates more than 800 cargo-only flights a month. Through close cooperation with the Ministry of Land, Infrastructure and Transport and aircraft manufacturers, Korean Air has increased its cargo capacity by utilizing overhead bin space, using “cargo seat bags,” a safety device that can load cargo on passenger seats, and removing seats to enable cargo floor loading. 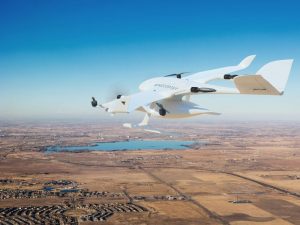 Air Methods announced the launch of Spright, a newly formed drone solution, designed to help improve healthcare access and minimize supply challenges. Collaborating with Wingcopter, an industry-leading German drone manufacturer, Spright is creating a drone-based, healthcare-specific delivery network across the United States. As a result of the nation’s efforts to keep healthcare costs down, Americans are impacted by a lack of immediate or timely access to healthcare resources. When these shortages impact the availability of blood products, medicines, diagnostics or small medical devices, the consequences can be dire. The solution is a flexible, rapid distribution network designed with 21st-century technology. 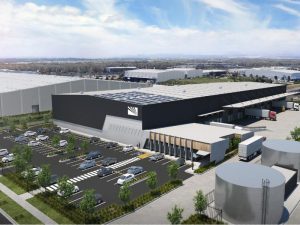 Brisbane Airport Corporation (BAC) is set to open up rare industrial leasing space on Brisbane’s northside, with the development of a new warehouse and distribution facility within the successful Export Park precinct. BAC executive general manager commercial, Martin Ryan said the speculative development will meet growing demand for warehouse in South East Queensland. “This is one of a series of developments that will form part of our airport city. The next decade will see exponential growth at BNE with more than $5 billion invested across a range of projects including a third terminal and multi modal transport options to better connect BNE to South East Queensland’s major economic hubs. “From an imports and exports perspective, fresh produce suppliers in particular are seeking sites that are well-connected to the USA and major Asian ports. This gives Brisbane Airport a strategic advantage.”

Japan Airlines extends its partnership with WFS in Europe 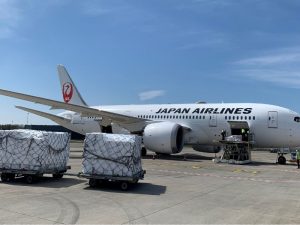 Japan Airlines has partnered with Worldwide Flight Services (WFS) in Liege to provide cargo handling and ramp transportation for its new weekly Boeing 747 freighter flight from the Belgian airport to Tokyo. In a separate development, Japan Airlines has also extended its offline handling agreement with WFS at Brussels Airport, which sees WFS working closely with the airline’s cargo GSSA partner, J-Air, to coordinate road transport connections for Japan Airlines’ flights from Paris, Frankfurt, Amsterdam and London. WFS has also been appointed by Japan Airlines to handle a series of all-cargo flights ex Brussels Airport to Osaka this summer carrying Covid vaccines. “We are very happy to expand JAL’s European partnership with WFS, which responds well to our requests, such as for the high quality handling of vaccines in Brussels and our requirements for time definite handling of large volumes in Liege,” said Tatsusuke Osakabe, the airline’s regional manager cargo and mail, France, Spain and Belgium. 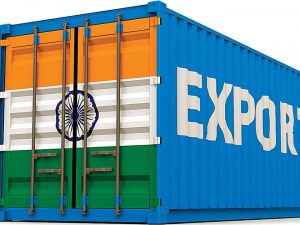 Reacting to the trade data for July 2021-22, Dr A Sakthivel, President, FIEO said that the sustained growth in exports of about 48 percent with USD 35.17 billion over FY’ 2020-21 and by 34 percent over FY’ 2019-20 yet again demonstrated the strength and resilience of the exports sector. This is the highest-ever exports recorded at least in the previous 9 years as per the data readily available with FIEO. It also is a sign that global trade is recovering fast, added Dr Sakthivel. FIEO Chief reiterated that the global demand during this period has also remained buoyant as the order booking positions of the exporters have still been impressive. Dr Sakthivel complimented the government under the able and dynamic leadership of Prime Minister Narendra Modi and also the Union Finance Minister, Union Commerce & Textiles Minister for showing confidence and trust on the exporters during these difficult times, who have not only continuously performed impressively but have also been able to showcase that the government’s vision of Atma Nirbhar Bharat has given a boost to the sector. 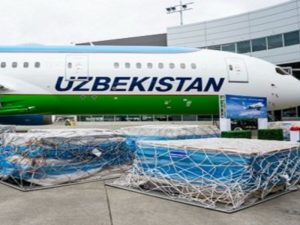 Close on the heels of the announcement of Uzbekistan Airways announcing Aeroprime as its Passenger Sales Agent; comes an additional announcement of Aeroprime being given the mantle of the Cargo Sales Agent as well for India. Aeroprime’s mandate will be to look at the holistic cargo and passenger sales channels for the airline and will responsible for the airlines’ cargo sales, operations, customer service apart from passenger sales, reservations, marketing and other associated services. The twin appointments demonstrate the positive intent of Uzbekistan Airways to the Indian market and its commitment to scale up its business and brand awareness in India through close cooperation with Aeroprime.