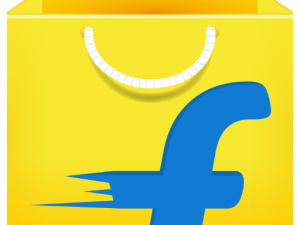 To ensure more satisfying delivery experiences for the customers and effective order management, Flipkart launched its new warehouse in Lucknow. This latest addition will take the company’s warehouse count in the country to 18 with a total storage space of 6.2 million cubic feet. The warehouse will stock products across electronics, household and lifestyle categories and will ensure better fulfilment of same day delivery and next day delivery shipments within the Uttar Pradesh. The new warehouse has a 50,000 cubic feet storage space and a ground space of 55,000 square feet that houses the fulfilment centre and mother hub and it can store up to three lakh products. 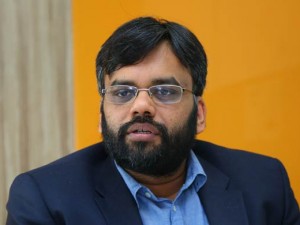 By adding more than 100 cities to its pan India coverage, to meet festive rush, Rivigo has announced a significant expansion of its part-truck load capability – Rivigo Zoom. With Rivigo Zoom, Bangalore to Guwahati can now be connected with a four-day transit; Delhi to Guwahati in less than three days; and Delhi to Bangalore in less than three days as well. The expansion coincides with the company acquiring 1200 trucks from Ashok Leyland to take its fleet size to 2700 by the year end. Deepak Garg, Founder and Chief Executive Officer, Rivigo said, “We are confident that these improved transit times, and the broader network will enable significant enhancement in our customers’ market share through higher customer delight and zero lost orders in the upcoming festival season.” 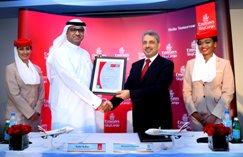 Emirates SkyCargo has also been awarded the certification of compliance under the EU Good Distribution Practice guidelines (GDP) for medicinal products for human use by Bureau Veritas following an audit conducted by the certification agency’s team from Germany. The certification validates the carrier’s adherence to the strict guidelines on the transport and handling of pharmaceutical products and covers all Emirates SkyCargo handling activities for pharmaceutical products at its hub in Dubai. Emirates SkyCargo is the first cargo airline in the world that has obtained GDP certification for its hub operations covering two airports and the 24/7 bonded trucking service that connects cargo between them. The carrier also operates the largest GDP certified area in the world offering a total area of 8,600 square metres of combined handling space dedicated for pharmaceutical products at Dubai International Airport and Dubai World Central.

Air Cargo Forum (ACF) 2016 is scheduled from October 26-28, 2016 in Paris. Talking about the significance of the biennial event, Sanjiv Edward, Chairman, The International Air Cargo Association (TIACA), “ACF 2016 is the perfect opportunity to promote and launch new products and services and to interact with potential and existing customers, partners and suppliers. It is important because it gives a unique platform to air cargo industry to understand the volatility of global scenario, recognise global issues and address them with concrete steps.” “ACF is also a prospect for global leaders to apprise themselves of latest developments in air cargo, exchange of ideas from broad spectrum; airports, airlines, security experts, and forwarders etc, showcase new technologies,” said Edward. 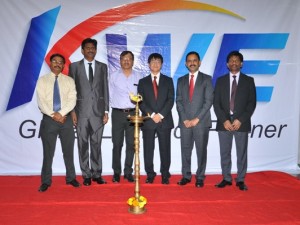 ACAAI convention in Athens from November 16-19 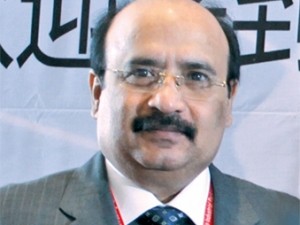 The 43rd annual convention of Air Cargo Agents Association of India (ACAAI), scheduled from November 16-19 this year, will be held in Athens, Greece. The theme of the convention is ‘Resurgence of Air Logistics in India’. Explaining about the theme of the convention, Sunil Arora, Secretary General & Chairman Convention, ACAAI, says, “There is a vital need to rejuvenate, resurge and reassess to meet the challenges and be ahead in the race for global preeminence of the skies.”

Freight forwarders included in NCTF with FFFAI as a member 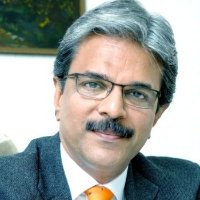 Recently, the Government of India has constituted National Committee on Trade Facilitation (NCTF) under the Chairmanship of the Cabinet Secretary with an objective to develop the pan-India road map for trade facilitation. It is a follow up of India’s ratification of the WTO Agreement on Trade Facilitation (TFA) in April 2016. The composition of the NCTF is inclusive at the national committee level which will comprise of Secretaries of all key departments involved in trade issues like revenue, commerce, agriculture, home, shipping, health etc. It will also have Chairman CBEC, Chairman Railway Board, and Director General Foreign Trade as Members. Major trade associations as members of NCTF include Confederation of Indian Industry (CII), Federation of Indian Chambers of Commerce (FICCI), Federation of Indian Export Organisations (FIEO), Associated Chambers of Commerce in India (ASSOCHAM), Federation of Freight Forwarders’ Associations in India (FFFAI), etc and Joint Secretary, Customs, CBEC will be its Member Secretary. Commenting on the formation of NCTF Samir Shah, Chairman, FFFAI said, “It’s a very pragmatic step towards achieving the goal of WTO Trade Facilitation Agreement. We are very happy that the government has taken FFFAI as its member to add the freight forwarding industry perspective. Our Federation would provide NCTF with all necessary inputs based on the feedback from the freight forwarding community in India to benefit the foreign trade and the country’s economy at large.” 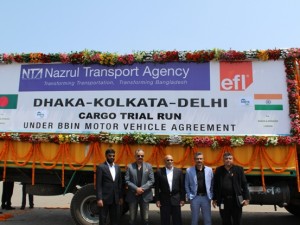 The first Bangladeshi vehicle weighed down with imported consignment rolled into a customs depot in New Delhi. The truck operated by Expo Freight (EFL) was allowed to cross the border without requiring the trans-shipment of goods from one country’s trucks to another for the first time in the history of trade relations between India and Bangladesh. The truck, carrying cargo for EFL’s clients Marks & Spencer London, left EFL’s warehouse in Tongi, Bangladesh on August 27, 2016. After customs clearing at the Benapole-Petrapole border crossing, the truck crossed more than 1500 km before arriving at its destination in Alipur, Delhi. This achievement was made possible by the BBIN Motor Vehicle Agreement signed in July 2015 between Bangladesh, Bhutan, India and Nepal, allowing for easier passage of cargo and passenger vehicles between the four countries. 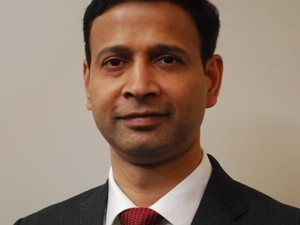 “Currently in India we have achieved approx 50 per cent containerisation and eventually we need to reach the level of 70-80 per cent which the developed countries have already achieved. The size of multimodal logistics for EXIM cargo in India is approx four million TEUs, we have had 18 continuous months of drop in exports, however the ports volumes are marginally up by four per cent, which means that there is an increase in imports. Hence, the current growth rate is apex two per cent which is likely to increase in coming years,” says, Vivek Kele, President, AMTOI.